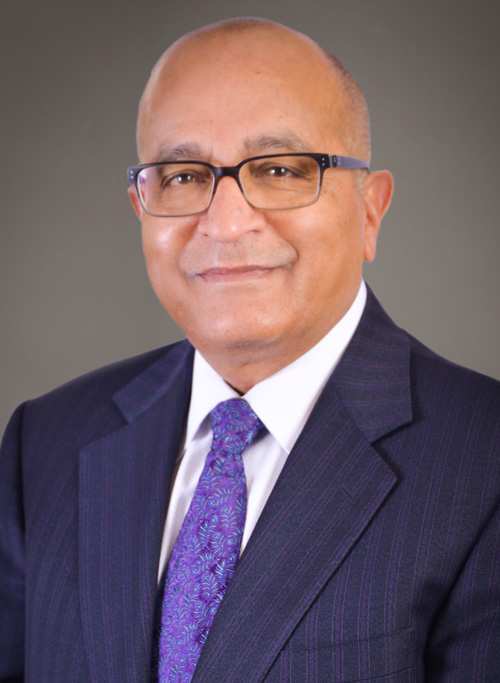 An entrepreneur who has created and led three successful global businesses, K. Paul Singh is a strategic thinker with expertise in building highly effective organizations to deliver superior performance and customer experience. In addition to being the founder and chief executive officer (CEO) of Rezon8 Capital & Advisory Group, a private equity firm that invests in and mentors the founders and CEOs of its tech-driven portfolio companies, Mr. Singh also serves as chairman of InterCentrus Global Data Centers, Inc. and PeriscopeIQ, Inc., and serves as a business advisor to several privately held growth companies and VC funds. He is a NACD Board Leadership Fellow.

Over the course of his 30-year career, Mr. Singh has garnered numerous accolades. In October 2010, he was named "#1 Top Performing CEO of Public Companies with Annual Revenue Between $100 Million and $999 Million in the D.C.-area" by the Washington Business Journal. He also won the prestigious Ernst & Young "Entrepreneur of the Year Award" in 2000, the TiE D.C. "Legends Award" in 2017 and a Stevie Award for leading the "best business turnaround."

Mr. Singh has also been active in numerous philanthropic organizations over the last 20 years, including supporting the Darrell Green Youth Life Foundation that supports inner-city children, the Loudoun County Free Clinic, INOVA hospitals and its nursing scholarship program, the American Heart Association, and Hoop Dreams, a Washington, D.C.-based organization that supported underserved inner-city high school students in their pursuit of attaining their college educational goals through mentoring and scholarships. Mr. Singh has also served as a board member for the Harvard Business School Club, Washington, D.C., and as a previous president for the Washington, D.C., chapter of The Indus Entrepreneurs (TiE), a global nonprofit association with the sole mission of fostering entrepreneurship and mentoring start-up founders.

Mr. Singh holds a master of business administration from Harvard Business School and a master's degree in electrical engineering (MSEE) from the State University of New York at Stony Brook.