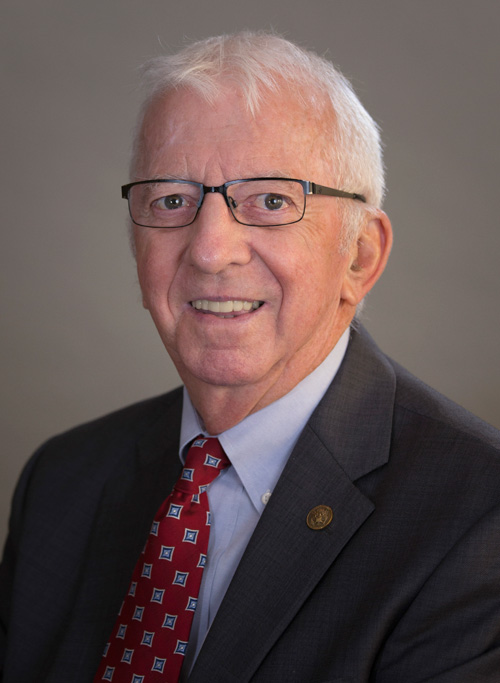 I. King Jordan is from Glen Riddle, Pennsylvania, a small town outside Philadelphia. Dr. Jordan served four years in the U.S. Navy and during his service, became profoundly deaf as a result of a motorcycle accident. He earned a bachelor of arts from Gallaudet University and a master of arts and a Ph.D. from the University of Tennessee, all in psychology. After earning his doctorate, Dr. Jordan joined the psychology faculty at Gallaudet. He later became the department chairman and dean of the College of Arts and Sciences. Dr. Jordan made history in 1988 when, after a historic protest, he was named president of Gallaudet, the first deaf president since the university was established in 1864. His appointment led to him becoming a spokesperson for the rights and abilities of people who are deaf and people who are disabled.

Dr. Jordan has served as a visiting scholar at universities in the United States as well as in Edinburgh, Scotland; Krakow, Poland; and Toulouse and Marseille, France. Dr. Jordan holds 12 honorary degrees and is the recipient of numerous other awards, among them: The U.S. Presidential Citizen's Medal, the Freedom Award from The Washington Times Corporation, the James L. Fisher Award from the Council for Advancement and Support of Education, and the Distinguished Leadership Award from the National Association for Community Leadership. In 1990, President George H.W. Bush appointed Dr. Jordan vice chair of the President's Committee on the Employment of People with Disabilities and in 1993, President Bill Clinton reappointed him to that role. In 2010, President Barack Obama appointed Dr. Jordan to the Commission on Presidential Scholars. Dr. Jordan serves on six corporate or nonprofit boards and continues to actively challenge the American public to examine their attitudes toward people with disabilities and to open their minds, hearts and workplaces to them.